Part of an American’s Library for Making Sense of the Palestine Israel Mess Part I: This section is five books from outside the conflict that explain the conflict: Book 1: 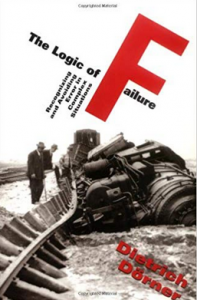 Writing ten years before the Dunning Kruger Effect became a mainstream concept, respected theoretical psychologist Dietrich Dorner analyzed common mental traits of people who fail spectacularly and the rare person who doesn’t. In the beginning of the book he uses computer models to see how people given dictatorial powers over hypothetical countries solve multiple problems that interact with each other. Those computers were from the mid-1980’s and seem hopelessly primitive to us now, but it’s not the computers we’re interested in, it’s the thought processes of the participants, which haven’t advanced like computers have. Some observations from the experiments:

Traits of Bad Managers (unsuccessful at solving problems): They ask as many questions as good managers at first but stop asking questions once they think they’ve figured it out. They form as many hypothesis as good managers but fail to test them. They blame others for failure instead of taking responsibility. Able to identify the most important issues, bad managers are easily distracted by other issues, including unimportant ones, that waste their time. They’re especially likely to do that when things are going badly. They remain locked into their original approach. “What?” questions, (What will fix this?) Single minded focus. Seldom reflect on their own behavior.

Traits of Good Managers (successful at solving problems): Good managers ask questions throughout the experiment and test their hypothesis. They take responsibility for failure. They are able to identify the most important issues and stay focused on them. They’re able to modify their approach. Unlike bad managers, good managers ask, “Why?” questions (Why did this happen?”). They often reflect on their own behavior.

There are some real-life example in the book. Most terrifying is the Chernobyl Nuclear Power Plant disaster. Dorner explains the culture of exceptionalism among the engineers, who were very competent and who had done all the things that precipitated the melt-down many times before. They were part of a group-think culture where rules were often broken, the engineers were rewarded for doing so, and people were hesitant to challenge the group even if they had wanted to. As it was, the group was cocky and had convinced themselves that they were competent enough to manipulate the system outside of rules and protocols.

At Chernobyl there was no accidental wrong doing. No one fell asleep at the wheel, no one threw the wrong switch, no one did anything that hadn’t been done in the past. Due to poor timing, a planned safety test, an upcoming holiday, an order from Moscow to keep the plant running due to increased power usage, engineers wanting to finish a planned test and leave for their time off, the group elected to do the test faster than planned by over-riding the system. They began to steer the plant manually during the test.
Below a certain output nuclear plants begin to cycle like a diesel engine at low speeds and, as the test proceeded the plant, unbeknownst to the engineers, began to try to correct itself. As they went to put the radioactive rods back into the cooling water, the rods had gotten so hot they’d warped and could no longer slide back into the cooling tubes. In short, the engineers had tried to compensate for known effects in the system without taking into consideration, or being able to compensate for, what they were causing to take place in other, unseen parts of the system. Indeed, Dorner tells us no one seems to have noticed anything wrong until about two minutes before the whole place blew sky high.

1) In a complex system your actions can never affect just one thing. Dorner compares it to pressing a bed spring. Where you press affects all the other springs. He also compares very complex systems to a chess game where, when you move a piece, other pieces will move and sometimes pieces move by themselves which also affects other pieces.

2) Complex systems tend to respond to stimulus slowly but once in motion various factors that have become engaged can make them respond massively. Human operators can easily over steer.

3) We often set unclear goals. [Has anyone seen a clear goal for America’s massive investment in Israel? Protect Israel? What does that mean, exactly? What would it look like, and do we have criteria to judge if it’s working?]

4) Even under optimal conditions people in charge tend to not comprehend complex processes over time. Instead they react to current situations by over-steering which results in wild fluctuations in the system.

6)Another managerial coping mechanism is what Dorner called aggressive helplessness. ‘This participant learns next to nothing during the entire experiment, gives himself up increasingly to a mood of aggressive helplessness, and indulges in ineffectual routine measures so that he can feel he is doing something …We find massive counter measures, ad hoc hypothesis that ignore the actual data, underestimate growth processes, panic reactions and ineffectual frenetic activity. ‘Aggressive Helplessness ‘ may be the best ever descritption for Israeli politicians.

Prime Minister Netanyahu projects decisiveness as he presses the same bedsprings over and over. He blames others for what’s wrong and denies his own responsibility as his regime pinballs from crisis to crisis: Iran’s Nuclear program, the worldwide Boycott, Divestment, Sanctions movement against Israel, the Intifadas, attacking Lebanon, Syria, Iraq…, without ever addressing the real problem which is his country’s pre-occupation with the occupation of the West Bank, Gaza, East Jerusalem and the Golan Heights. His arrogance is entirely understandable given that he’s broken the rules for decades and been rewarded for it by the United States government every time. He refuses to recognize that Israel’s Gaza massacres of 2008 and 2014 set off chain reactions so that now he can not put the tubes back into the cooling water. His failures have solidified the Palestinians, lost European support, lost support of regular Americans, especially young ones, including even young Jews. In a few years America will be done with Israel. Meanwhile, Bibi surrounds himself with lackeys and displays himself as a poster child of failure proven traits identified in The Logic of Failure. 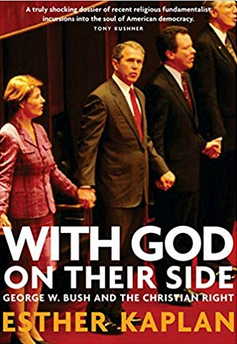 Part of an American’s Library for Making Sense of the Palestine Israel Mess Part I: This section is five books from outside […]

Part of an American’s Library for Making Sense of the Palestine Israel Mess Part I: This section is five books from outside […] 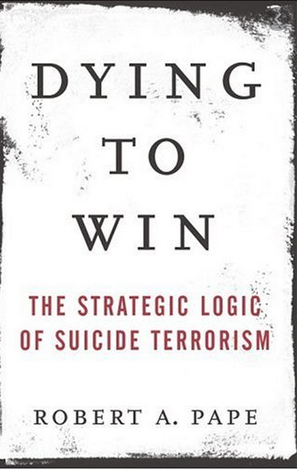 Part I of an American’s Library for Making Sense of the Palestine Israel Mess: This section is five books from outside the […]

Part I of an American’s Library for Making Sense of the Palestine Israel Mess: This section is five books from outside the […]