Tuesday
From IMEMC
10.08.2019 Explaining the term “critical condition” to an eight year old: is there a way? Describes the family of Samir Arbeed who was in fine shape when he dropped his daughter off for school, now he’s in critical condition, intubated, on life support, after the Israeli secret police tortured him for days with court approval.

10.08.2019 Hunger striking detainee receives new administrative detention order. Tareq Ia’dan, 46, is being held indefinitely with no charges or trial. He went on hunger strike to protest his plight. Israel can keep a prisoner in administrative detention for years by rolling over the sentences six months at a time. They just gave this man more time.

10.08.2019 Soldiers shoot a Palestinian near Tulkarem. Jewish occupation troops 25-year-old Abdul Kittama in the leg as he was on his way to work. The Israelis arrested the wounded young man, interrogated him, then let him go without so much as an explanation of why they shot him.

Wednesday
From Wafa
10.09.2019 Illegal colonist settlers burn dozens of olive trees near Nablus. As the olive harvest is set to begin, Jewish thugs burned 70 more olive trees after they destroyed 36 olive trees in the same area. Israel won’t let the Palestinians access their trees except for a few day a year but Jews can get in to destroy them. Video of ruined mature trees.

10.09.2019 Female hunger striker reveals details of torture in Israeli prison system. 24-year-old Heba al-Labadi was traveling from her home in Jordan to the occupied West Bank for a wedding. She was kidnapped at the border by Jewish occupation troops, stripped, hand-cuffed, leg-chained, blindfolded, then taken for interrogation. For 16 days she was interrogated 20 hours a day. Female Israeli soldiers embarrassed her by staring at her genitals as they stood watching her in the toilet.
Israeli interrogators got in her personal space, insulted her, insulted Islam and Christianity, with “the dirtiest of words.” They put her in a filthy cell full of bugs with camera monitors on her 24 hours a day. Sometimes they placed her with collaborators who also interrogated her.

10.09.2019 Slain Gaza protester: father, husband, brother, and, “a Palestinian who dreamed of Liberation.” IMEMC. by Wafa Aludaini. Unarmed civilian, 28-year-old Alaa Hamdan shot by a Jewish sniper last Friday. The sniper, fired an exploding bullet—banned in combat by international agreements—from the safety of a military emplacement on the Israeli side of the segregation fence. Article notes that Jewish snipers have murdered hundreds of unarmed Palestinian civilians, and wounded thousands including 3 women and 90 children, to date during the weekly Great March of Return protests.
This article is the story of a handsome young guy who pays the ultimate price for freedom as he leaves behind in this world his wife and daughter. Israel shot 22 other unarmed people with live ammunition while exercising Israel’s love of toxic gas by firing massive gas barrages on the unarmed crowd.

Thursday
From IMEMC
10.10.2019 Illegal colonist settler rams young woman with his car in Hebron. Another hit and run by Jewish colonist against Palestinians. This time in the al-Arroub refugee camp on the Jerusalem-Hebron road.

10.10.2019 Bollywood: Stand against apartheid! by Palestinian Campaign for the Academic and Cultural Boycott of Israel. (PACBI) Israel still trying to get Indian movie stars to artwash apartheid.

Friday
From IMEMC
10.11.2019 Settler involved in Dawabasha family murder joins Israeli military. In July, 2015 Israeli Jewish fanatics burned a young Palestinian family alive. The mother, father, and 18-month old toddler, Ali all died within a few days. Four-year-old Ahmed survived with terrible burns.
Israelis took years to find and prosecute the attackers. They let the main murderer go after two years in jail. Now Israel has dropped murder charges against another conspirator, instead, they will give him military training, “to adjust his behavior.” He will fit right in.

Saturday
From IMEMC
10.12.2019 Soldiers shoot a Palestinian in the chest in Kufur Qaddum. 19-year-old Ahmad Eshteiwi is in hospital in moderate condition. In addition, Jewish occupation troops shot unarmed villagers at the weekly non-violent protest against annexation, with rubber coated steel bullets, concussion grenades, and of course, gas. Lots of gas.

10.12.2019 PCHR: “on 78th Friday of Great March of Return: 71 civilians injured, including 28 children.” (PCHR is Palestinian Center for Human Rights.) Jewish snipers firing from the safety and comfort of military emplacements on the Israeli side, shot 33 unarmed civilians with live ammunition today. Three of the people, including two of the children, are in critical condition.

10.12.2019 Illegal Israeli colonists attack Palestinians picking their olive trees in Burin, south of Nablus. Two days ago, the Israeli thugs who are too lazy and incompetent to grow their own olives, stole a farmer’s crop from this village. Today they came back to attack people.

10.12.2019 Soldiers abduct four Palestinians, including a young woman. The young woman is a university student named Mais Hanatasha. Occupation troops black-bagged her. Meanwhile, occupation troops fired live ammunition at a kid driving a tractor. Interrogated him. Then they let him go. Gave no reason for shooting at him.

10.12.2019 How Hamas made Palestinian factions in Gaza its fans. IMEMC. by Motasem Ahmed Dalloul. Background on the rise of the movement. Notes that Hamas is including other factions (Islamic Jihad, PFLP) in the resistance and even letting them take the lead in some areas, like the Great March of Return and talks with Fatah.

Sunday
From IMEMC
10.13.2019 Illegal Israeli colonists puncture tires, write racist graffiti in Salfit. Jewish colonists punctured tires and spray painted racist graffiti, including the star of David, on Palestinian vehicles, homes, and walls in Marda village. Israelis attack the village often and with impunity. Article notes that, years ago, Israel surrounded the community with a fence, and installed gated barriers on its two main entrances.

10.13.2019 Israel approves the construction of 251 illegal colonist units in Bethlehem.

10.13.2019 Six Palestinian prisoners continue long-term hunger strike. The men have been on hunger strike from months trying to get attention from the world that they are prisoners being held indefinitely with no trial, no charges filed.

10.14.2019 West Bank town warned against confronting Israeli settlers. Jewish occupation troops warned Palestinians in Sebastia that they will be arrested or shot if they make any attempt to stop Jewish colonists from breaking into the village during Jewish holidays.

10.14.2019 To clear way for Jewish fanatics, Israeli police force Muslims to leave Bab al-Rama prayer area. More Israeli provocations at al Aqsa mosque. The Jewish state is taking over the mosque compound piecemeal. Recently they blocked one of the entrances to keep Muslims out. A few days ago occupation troops broke in and stole wooden separators, while threatening to arrest anyone who filmed them doing the crime. 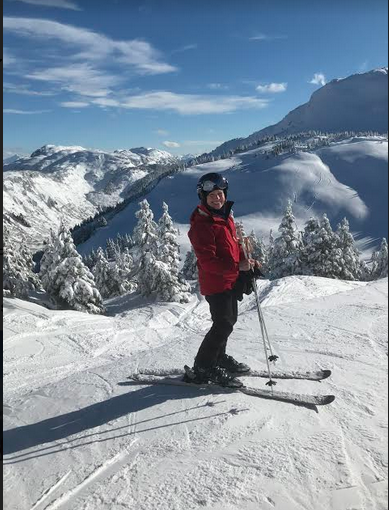 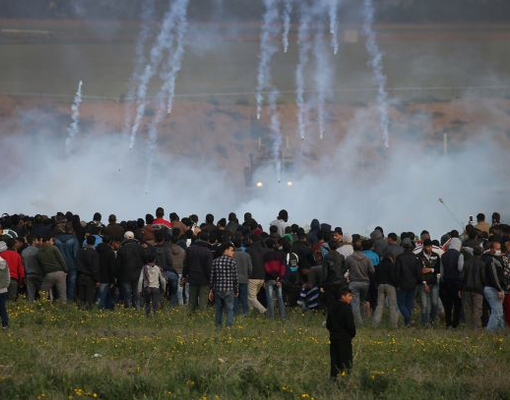 October 2019, Week 3 Tuesday From IMEMC 10.15.2019 Army abducts a Palestinian two weeks after demolishing his home In Beit Ummar near […] 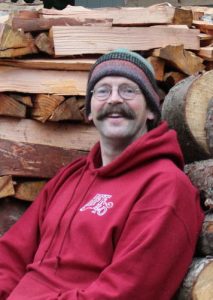