India: Cremation fires, the coming monsoon, riders on the storm

“When the monsoon fails to blow, India starves and dreams of Nirvana.”
Will Durant. Our Oriental Heritage. 1935

May, 2021. India contemplates itself shimmering in heat waves of pandemic where days and bodies are over a hundred degrees F. Last week the Land of Shiva broke a world record with 400,000 new Covid cases in 24 hours. Thousands are dying every day. Taking cues from New York Governor Andrew Cuomo and New York City Mayor Bill DeBlasio, Indian Prime Minister Modi radically undercounted the dead but in India the dead count themselves in the form of outdoor funeral pyres required by Hindu religious tradition.
Just as images of refrigerator trucks packed with bodies defined New York’s inadequate response to the pandemic last year, images of open air pyres, hundreds of thousands of them, pouring smoke day and night over cities and villages, define India now.
The World Health Organization (WHO) assessment of India’s tragedy is that it’s the result of ‘a perfect storm’ which WHO describes as a confluence of
1). New variants of the virus.
2). Not enough people getting vaccinated.
3). Massive social gatherings (as when Modi, pandering to the Hindu vote, allowed tens of millions (!) of worshipers to pack the banks of the most revered, most polluted Ganges river, where the masses bathed in and sometimes drank water thick with sewage and decomposing human remains. Modi himself held huge political rallies that brought hundreds of thousands into close quarters.)
News sources report statistics, and point fingers, but haven’t much to say about the elephant in the room and the fact that Covid is just one element of the storm front headed that way.

The Elephant in the room

As of May 09, 2021 India has 1,391,531,080 people. To put that into perspective, India—without adding any new inhabitants—could lose 400,000 people a day, every day, for nine years, and its population would still be in the top twenty countries in today’s world. They’d have more than the UK, or France, or South Africa, or Thailand, to name a few. India then, is one of our planet’s largest petri dishes for growing germs. That being the case, this so-called ‘perfect storm’ of Covid may be just a gust, within a gale, within a typhoon.

Monsoon: riders on the storm

Decades ago, a friend of ours went travelling in India. She described seeing partially burned human bodies floating down the Ganges. Charred remains, hanks of hair billowing in the current. These were relatives of people who couldn’t afford enough wood to completely cremate their dead. Being interested in wood heat, seeing images of all those pyres burning along the Ganges in recent weeks reminded me of that conversation and raised two questions. ‘How much wood does it take to cremate a body?’ and, ‘When does the monsoon start?’

How much wood does it take to cremate a body?

I only know of one man from our town who, at his own request, left the world that way. His family members performed the service. From what I heard, it takes a lot of wood to burn a body to ash. And that’s using dry wood.
How much wood is needed for any heating project depends on the type of wood and whether the wood is freshly cut or seasoned. Green wood from freshly cut trees can be more than half water by weight. If you can get it to burn at all it sputters and spits and bubbles water out the ends. If you’ve ever tried to light a fire with green wood, you realize how much of its heat goes to just keeping itself burning.
Estimates for how much wood a cremation in India takes vary from 600 pounds to over a thousand pounds. WHO estimates 400kg to 500 kg for complete cremation. Split the difference, say 450 kg (about 900 pounds) per person, and it’s clear India was deforesting itself by cutting down trees to supply the funeral industry long before Covid.
It’s not for the likes of me to grasp the meanings of the Hindu last rites or to judge them, but from what I understand of the big picture–wood cutting, handling human remains, and religious guidance in India are handled by specific trade castes who collaborate, each with a profit motive to keep the ritual as it is rather than adopt even minor changes like more efficient wood fired crematoria. Wood cutters often bribe wardens to let them cut more wood than allowed. Outdoor crematoria (Shmashana) are run by a sub caste of people called Doms, who actually handle the bodies, turn them with bamboo sticks while they’re in the fire so they’ll burn more efficiently, and so forth. That process takes about six hours. Priests who perform rites are another caste. Government authorities are trying to fix funeral prices to stop some unscrupulous death franchisees from charging grieving families more than ten times the pre-Covid rate.
Burning that much wood in open air leaves ash, air pollution and greenhouse gasses. Some numbers: Pre-Covid India was cutting around 50 million trees, or 750 square miles of forest, per year for funeral pyres. The Hindustan Times reports that the deceased were leaving behind 500,000 tonnes of ash* and 8 million tons of carbon dioxide. Today it’s worse. Pyre smoke is so bad in some cities that residents wear masks inside their homes.
No one can say how much Covid death rates are undercounted. It could be a factor of ten. Even if it were just the 250,000 deaths already claimed by the country, that’s 250,000 bodies times 900 pounds of wood; about 112,500 tons of wood over what the rituals usually use. Which means they’re going to run out of seasoned wood and resort to burning with green wood—and wet wood when the monsoon starts.
During the monsoon all that firewood is going to get wet. Shrouds and clothes will be wet. People will cover the open pyres as best they can, but the stored wood won’t all be covered. Wet pyres will take more wood. Corpses waiting cremation are already back-logged because, in addition to the extra work load, Doms manning the funeral pyres are sick and exhausted. Many of them have died.

Human feces is loaded with microbes and their cysts. Given that cutting down forests increases erosion and flooding in heavy rains, and that hundreds of millions practice open defecation in India, (more than the rest of the world combined) you’d expect that even in the best of years infectious diseases like malaria, cholera, typhoid, and virus like Covid would blossom during the monsoon and post-monsoon season. They do.
Along with this, incompletely burned bodies, like those our friend saw, carry disease. Bacteria counts in the Ganges are thousands of times higher than the WHO safety limits. Not all bodies are burned. Young children, unwed girls, and relatives of people too poor to afford wood are often buried or weighted with rocks and laid down into the river. In addition, there are 200 million Muslims who are buried when they die. Cremation is taboo in Islam. There are about 30 million Christians who are also mostly buried after death.

Do you remember summer of 2020? You would if you lived in New Delhi or were a farmer in Rajasthan. Only a year ago, locust swarms the size of Oklahoma demolished thousands of miles of vegetation in North Africa, Southwest Asia, and the Middle East. Statistics like 40 million locusts eat as much per day as 35,000 people are thrown around but aren’t nearly so dramatic as video footage of a such a thing, a kilometer wide munching field and forest to stubble. Swarms can travel a hundred miles a day, crossing continents and large open stretches of water, like the Red Sea, flying on prevailing winds.
Writing for India Today PK Dutta explains that in even normal years 10 locust swarms arrive in India with the monsoon. When cyclones on the Arabian Peninsula create ideal breeding conditions there, locust populations explode and form mega swarms to go hunting for food. Governments typically respond by spraying poison that kills off good insects like bees and other pollinators, along with the locusts. Other casualties of spraying are birds and small animals that live on insects.
In 2019/2020 Pakistan declared a national emergency when these locusts demolished about 40% of the country’s agriculture. If that were to happen to India where agriculture has teetered on the edge of catastrophe during my whole lifetime, millions of farmers would be ruined, food prices would soar, and poor people would starve. That probably won’t happen this year. It depends on which way the winds blow.

“When the monsoon fails to blow, India starves and dreams of Nirvana.”

Will Durant wrote those words 86 years ago. Today, closing in on 1.4 billion souls, India may starve whether the monsoon blows or not.

*A lot of articles cite the 500,000 tonnes of ash statistic but in my mind it seems too high. Am trying to find the original source of that number. Will update this article if/when I find it.

**My other question from above, ‘When does the monsoon start?’ The answer is, just a few weeks from now. Brace yourself. 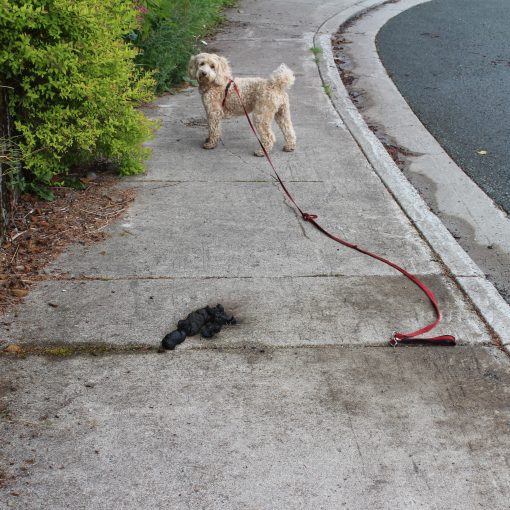 There were two excellent natural gas articles in the paper at the end of February. One was that AEL&P/Avista’s plan to bring […]

Wind kicked up on the north end of Admiralty Island where no one lives. Thinking it might be wind that sometimes […]

November 19th is World Toilet Day and toilets are on the move. The World Toilet Summit is in Melbourne, Australia this year […]